HyperionDev offers a choice of industry-aligned online coding courses for part-time and full-time learners. The learning journey includes pairing each student 1:1 with an expert coding mentor, to help them work through the content and provide code review as well as insightful feedback.

Post-course support also includes interview preparation, assistance with compiling a technical CV, and direct referrals to our handpicked hiring partners. We work with international tech companies, to assure our learning is internationally relevant. We also became the first Google Authorised Training Provider in EMEA in 2017.

After completing one of our coding bootcamps, you’ll be well on your way to landing your tech dream job.


In comparison, the overall average monthly salary for South Africans has dropped. BusinessTech reports a decrease from R20,060 in November 2017 to R19,858 in February 2018. BankservAfrica reports an even lower average salary, at R13,621 a month. In short, coders’ salaries in South Africa are a lot higher than the national average.


More stats about salaries in the tech sector:

• The average salary increase during this period was 8.7%.

• The majority of tech professionals in South Africa (55%) think their salary is fair.

National Diploma NQF Level 5 (2-3 years): Similar to a degree, but with a more practical and career-centric focus.

Tech NQF Level 7 (1-year top-up following a diploma): A practical-focused qualification that can be done as an alternative to a Bachelor degree in South Africa.

An online coding course is much quicker to complete than a traditional degree, taking just 3-6 months while a degree could take 3 years or longer. That means there are fewer risks involved (e.g. loss of income, or opportunity cost, while studying). Another advantage of an online bootcamp is that learners can study remotely, and learn at their own pace. Our South African Graduate Outcomes Report revealed the following:

89% of graduates who took the Software Engineering course reached their career outcomes.

91% of graduates who took a Web Development course reached their career outcomes.

100% of graduates who took a Mobile Development course reached their career outcomes.

100% of graduates who took a Data Science course reached their career outcomes.

Xavier completed his diploma in computer programming in 2010, but struggled to find a job in tech and began working as a motor mechanic instead. He knew he needed to study further, as his current diploma didn’t seem to meet recruiters’ expectations.

Xavier pursued HyperionDev’s Certified Software Developer and Full Stack Web Developer course. Today, he works as a developer for an IT consulting company.

Xavier says: “It only took me about 2 weeks and I found a job with Pepkor IT. I was really excited to see how quickly I was able to find a job in programming, especially since it took me so long to get my career in IT started after I completed my studies.” 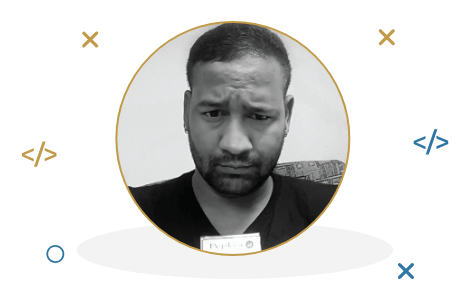 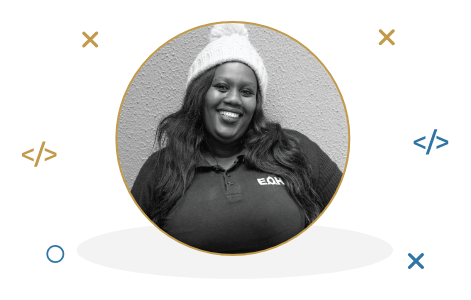 Musa was supporting herself through her university vocational studies by working as a waitress and cashier, when she was introduced to HyperionDev through a learnership in systems development. She was inspired to take a Software Development Micro-Degree, and has since become a Full-Stack Developer at EOH, one of the largest tech companies in Africa.

Musa says: “The course has helped me in amazing ways. HyperionDev gave me the tools and resources that I needed to become a developer. It has helped me understand how the technology industry works and how I can be a part of it.”

These examples show us what a profound impact our coding courses can have on our graduates’ careers and lives.

What our alumni say

We use cookies to improve your experience. By continuing to browse, you accept our use of cookies.

As the far-ranging impacts of COVID-19 continue to severely impact our staff, mentors, students, and the rest of the country and world, we wanted to assure you that we are monitoring the situation very closely, to make the best decisions for everyone’s health, safety, and wellbeing.

Because of the uncertain and quickly developing situation, we’ve decided to implement the following policies to safeguard our students and employees.

All student support will still be available online

On-site bootcamps will be taught remotely

Our graduation events have been postponed